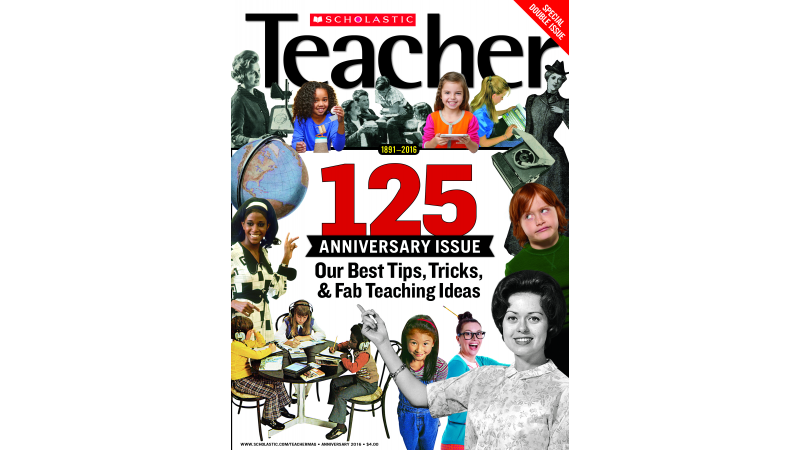 Did you know that teachers in the early- to mid-20th century were expected to educate children in nutrition, morality, even gum massage?

America’s longest-running magazine for teachers, Scholastic Teacher™, is celebrating 125 years with an anniversary issue that will give readers an opportunity to witness the history of education and the evolution of the teacher in America as seen through its pages.

Since its first print issue in 1891 to its impressive presence today online and in print with 525,000 monthly readers, the magazine has remained an innovative source of ideas and inspiration for teachers. To preview the 125th anniversary issue, visit: scholastic.com/scholasticteacher125.

From funny tips on how teachers should dress to integrating technology into the classroom, this special anniversary issue explores facts found in the magazine’s archives, including:

Technology in 1894, or 1954, meant something very different than today. The anniversary issue includes:

The magazine even shared some dubious fashion advice for teachers, including: