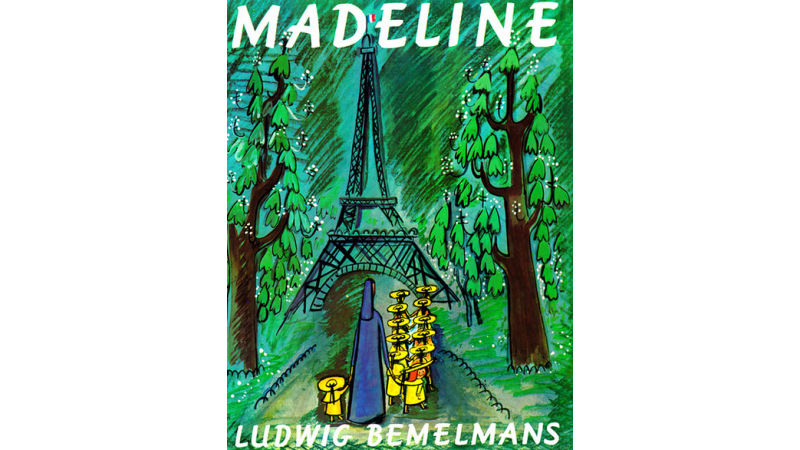 The 5 books that most influenced my life: Naomi

We're thrilled to have some wonderful summer interns in the Corporate Communications team, all of whom will be blogging right here throughout the months ahead. First up is Naomi Ducat, a New York native who is majoring in media studies and psychology at Queens College.

We asked her about the five books that most influenced her life. It's a question we've asked a lot of people -- you can read past posts here.

Take it away, Naomi!

When asked to recall five books that most influenced my life, I began to contemplate the books I have read that are most memorable to me. However, as I considered this, I realized none have had as much impact on my life as the ones that were selected for me before I had the ability to read on my own. The stories that we are exposed to as children introduce us to the world of literature, stimulate our curiosity, and trigger our hunger for adventure. Thus, instead of listing my favorite books, I will respond to the prompt by listing five book series that were read to me before I understood the value of literature.

Curious George by Margret Ray and H. A. Rey: George was not just a character in a book. He was my friend, or so I felt. I lived vicariously through his big city adventures, which satisfied my need for exploration. I was always one to explore, experiment, and snoop, and often got myself into trouble because of this! However, while my escapades were limited, George was there to help me dream!

Madeline by Ludwig Bemelmans: Madeline was not my friend; she was my other self. Like her, I was a child with a delicate frame, a series of medical conditions, and a fearless desire to explore. When my friends would visit me at the hospital, I would insist that I was fine, and show them the toys I received as presents, just as Madeline did. Madeline was my outlet, and showed me that illness and weakness are not the same.

George and Martha by James Marshall: George and Martha were my introduction to discovering “the moral” of a story; something I later understood can be an important aspect of literary analysis. The hippos’ silly antics instill the values of family and friendship and led me to subconsciously question my own values. Would I be like George and lie about my dislike for mom’s soup (and hide it somewhere), or take the traditional ethical route of honesty?

Where the Wild Things Are by Maurice Sendak: Listening to this story, I fell into Max’s dream-like trance. I still wonder if I ever followed the plot, or if I just used the lucid imagery to create my own imaginary space. Regardless, Max’s room (and jungle) became mine, and I lived, loved, and dictated the rules of this imaginary realm.

Pippi Longstocking by Astrid Lindgren: Notice a theme yet? I think I had a thing for troublemakers. I emulated Pippi with my red-hair pigtails and striped, mismatched socks. But beyond her quirky appearance, I revered her autonomous, rule-less lifestyle, and valued her ability to demonstrate her maturity to adults. To me, she was the permission I wanted to be my creative, eccentric self. I still see some Pippi in me today!

These books were the keys that unlocked the doors to the worlds I entered, created, and explored through reading and writing. Moreover, the values embedded in these stories reflected and shaped the ideals I have grown up with, and thus have played a significant role in my intellectual development and current literary selections. And for that, I am grateful.