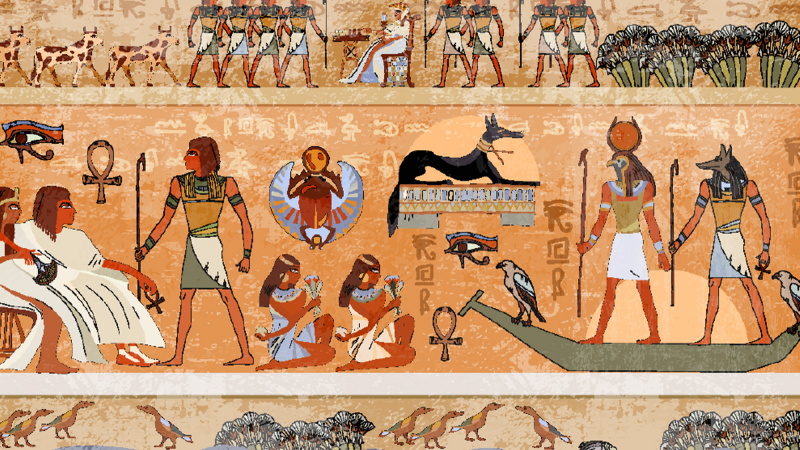 4 ancient civilizations every student should know

Volcanic eruptions, teenage pharaohs, and vanishing civilizations—ancient history is packed with exciting topics! But finding resources that actually make ancient civilizations exciting and relevant to your students is no easy task.

So we collected four of our favorite resources that are sure to spark your students’ interest in the people and cultures that shaped our world. These fascinating articles and videos are from Junior Scholastic, the news and Social Studies magazine for grades 6–8.

Talk aboutpressure. Cleopatra was only 18 when she became the queen of Egypt. Even though she was just a teenager, she held the fate of an entire nation in her hands. In this read-aloud play, your students will reenact some of the most important moments from her life and meet key historical figures like Marc Antony and Octavian. This fun historical play even comes with a step-by-step lesson plan, four language arts activities, a map, and an answer key.

From their impressive calendar their complex number system, the Mayans were responsible for some truly amazing achievements. But around 1,100 years ago, they began to disappear. Scientists are just now starting to piece together the mystery of what happened. In this article, your students will learn how scientists are using lasers and other technology to uncover the secrets of this mysterious culture. This article also comes with a lower level version of the text for striving readers.

You may not have heard of him, but Mansa Musa ruled over one of the largest empires in the world, the Mali Empire in West Africa. At one time, he owned 80 percent of the world’s gold—making him the single richest man in history. This fascinating Q&A gives students everything they need to know about this extraordinarily wealthy emperor and the important, but often overlooked empire he ruled over.

The city of Pompeii is unlike any other place on earth. Thousands of people remain frozen in time, doing exactly what they were doing when Mt. Vesuvius erupted nearly two millennia ago. But human and natural damages have put the site at risk. In this article, students will read about the disaster in Pompeii and learn how scientists are trying to save this unique site.

Now you have everything you need to get your students interested in ancient civilizations. But there are so many other complex news and Social Studies topics your students need to know about! Junior Scholastic magazine can help you address all of them. Right now, you can try the magazine FREE for 30 Days. From ancient peoples to modern democracy, Junior Scholastic will make news and social studies exciting, accessible and meaningful to all of your middle school students.