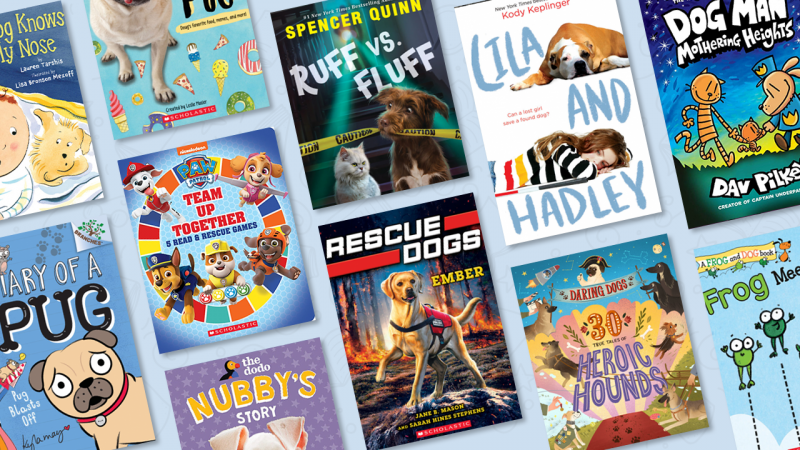 Did you know it's International Dog Day and Dog Appreciation Day on August 26? In celebration, we’re sharing some of our favorite books featuring man’s best friend. Check them out below! 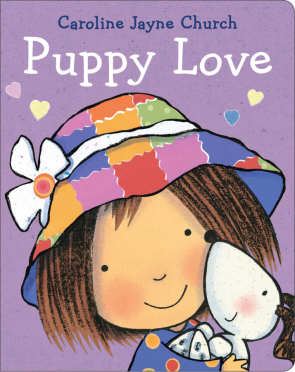 Caroline Jayne Church, mega-bestselling creator of Ten Tiny Toes and Good Night, I Love You, brings us a sweet, rhyming celebration of a puppy’s love for every season of the year! Her charming poem guides the reader through puddle-jumping in spring, kite-flying in summer, leaf-chasing in fall, and ice-skating in winter… and ends snuggled by a cozy fire at the end of a long day. 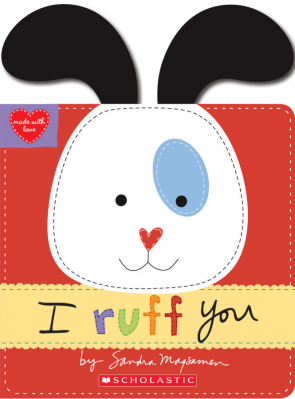 I Ruff You by Sandra Magsamen

Babies and toddlers will love holding, touching, and reading this adorable board book, featuring soft doggie ears and cuddly animal illustrations. With Sandra Magsamen's signature message of love, this book shows your little one just how much you 'ruff' them. 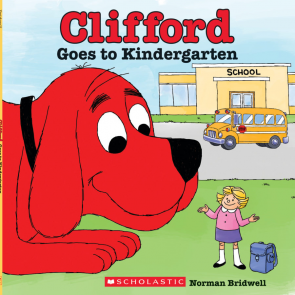 Emily Elizabeth is starting Kindergarten and she's a little nervous. Good thing that the teacher sent a note home that says each child can bring something from home to make the transition a little easier. But the teacher didn't bet on a child bringing something — or someone — as big as Clifford! 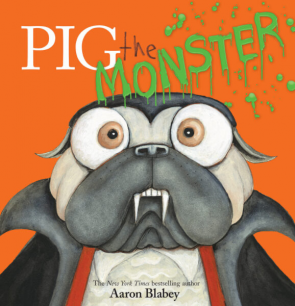 Pig the Monster by Aaron Blabey

In the latest book in the hilarious Pig the Pug series, Pig the Pug is ready for treats, treats, treats! But don't even think about being stingy with the goodies, because this candy-fueled glutton has some terrible tricks up his sleeve. With author-illustrator Aaron Blabey's signature rhyming text and unforgettable illustrations, Pig the Monster is a laugh-out-loud story that’s perfect for Halloween and all year round. 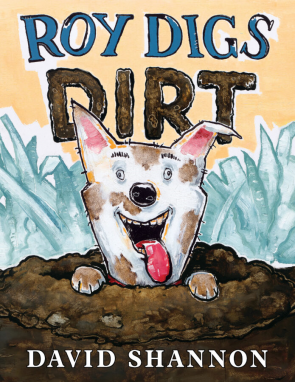 Although it's a smelly task for those who have to constantly bathe him, Roy's happiness centers on his very favorite thing — dirt — and from sunrise to sunset, he burrows in it, rolls in it, and digs up buried treasures. There's terror in every terrier, and when Roy runs into the house after being sprayed by a skunk, he faces the dreaded bathtub. 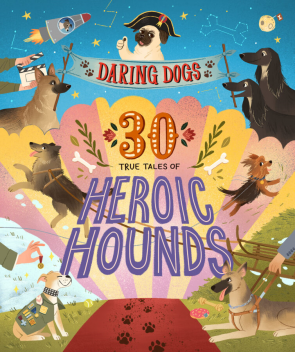 Dive into the exciting stories of 30 of the most amazing pooches in history with animal rights activist Kimberlie Hamilton. Filled with fun quizzes and dog-based trivia, this is a perfect entry point to history for dog lovers. 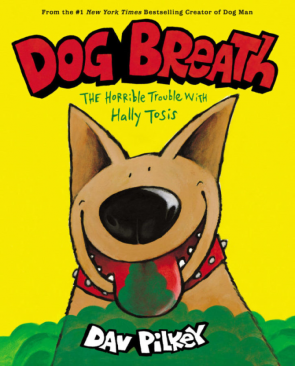 Hally, the Tosis family dog, has such bad breath that Mr. and Mrs. Tosis plan to give her away, until she proves to be an invaluable watchdog. 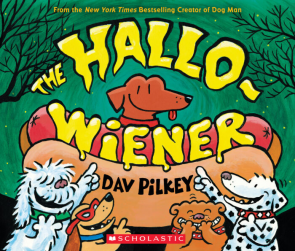 The Hallo-Wiener by Dav Pilkey

The brunt of many hot dog look-a-like jokes, Oscar the dachshund wants a fierce new look for Halloween, but his mother dresses him as a real wiener - complete with bun and mustard. 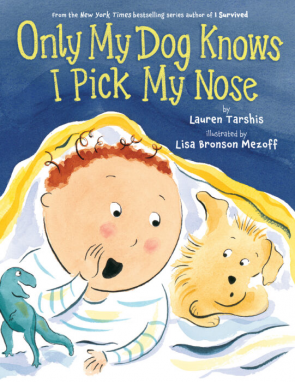 To the outside world, it might look like you do everything right: eat your broccoli, share your toys, and behave in the bath. But what about the moments when no-one is looking, and your messier, mushier, scared-ier self is revealed? The only one who knows is… the loyal dog friend who sees it all and still loves you just the way you are. On sale October 19. 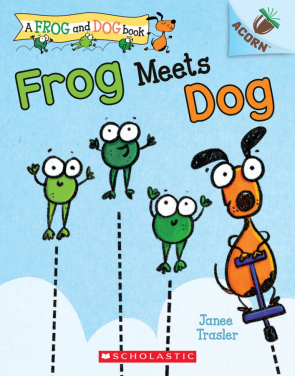 Dog wants to play. Can Dog play with Frog, Frog, and Frog? The frogs hop... but Dog just FLOPS. Will the frogs ever play with Dog? Then a hungry bear comes along! Can Dog find a way to help the frogs? 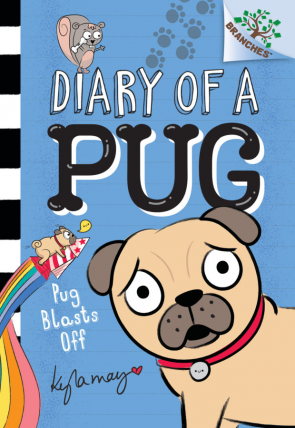 Pug Blasts Off (Diary of a Pug) by Kyla May

Baron von Bubbles, a.k.a "Bub," is the self-proclaimed cutest pug on the planet! Things he loves: fashion, peanut butter, and his human, Bella. Things he does NOT love: Nutz the squirrel, baths, and the rain. When Bella enters the Inventor Challenge, Bub helps her craft the best project ever — a rocket. But what happens when Nutz gets on Bub's nerves and makes him ruin Bella's project? If Bub wants to make it up to Bella, he'll have to stand up to Nutz — and the rain — once and for all. 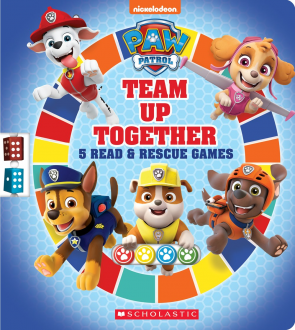 Inside this unique novelty book, you'll find five different opportunities to help the pups save the day. Read about the latest animal who needs assistance, then spin the dice embedded in the book's spine to play the game and help your favorite pups ride to the rescue. With tons of movable, spin-able parts and a paw-tastic adventure, this book is perfect for any PAW Patrol fan! 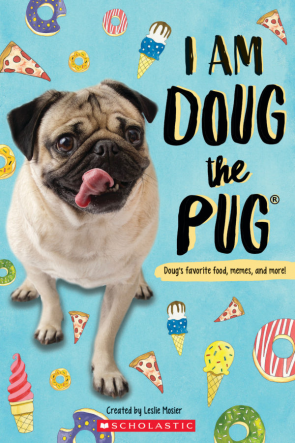 I Am Doug the Pug by Leslie Mosier

Try not to melt as you flip through adorable photos of Doug modeling costumes, chowing down on treats, and making celeb appearances. Complete fun activities and learn all about how Doug came to be the superstar he is today. 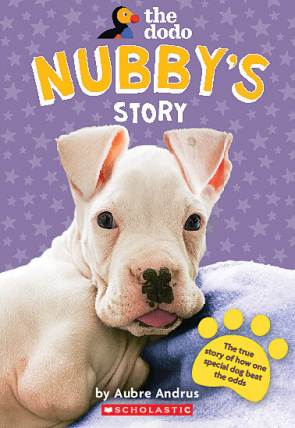 Nubby the boxer was born without his two front legs. He was so small and so sick. The humans who rescued him weren’t sure he would make it. But after a little while, Nubby started to get better. Soon, Nubby was well enough to try to walk. But without his front legs, Nubby had to scoot or hop from place to place. Nubby’s family knew this one-of-a-kind pup would need a little extra help getting around. 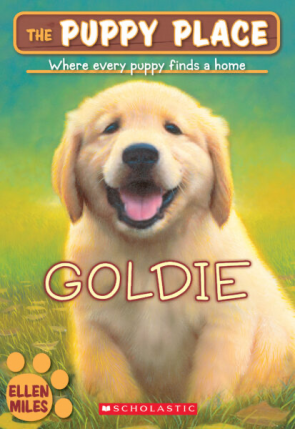 Charles and Lizzie Peterson love puppies. They want a puppy of their own more than just about anything. They know dogs are a lot of work. But their mom still doesn't think their family is ready for a puppy.

Then, Goldie arrives. She is a sweet golden retriever that needs a home. Goldie is very young. She doesn't know how to be a good puppy yet. Will Charles and Lizzie be able to help her? 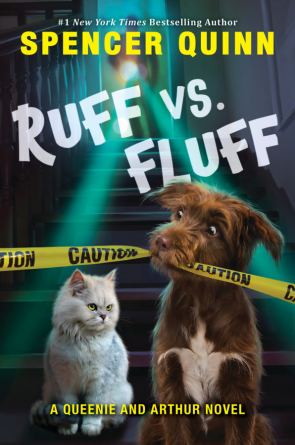 Ruff vs. Fluff by Spencer Quinn

Queenie the cat and Arthur the dog are mortal enemies but when the uncle of their humans, twins Harmony and Bo, is framed for murder, Queenie and Arthur must work together to clear his name. 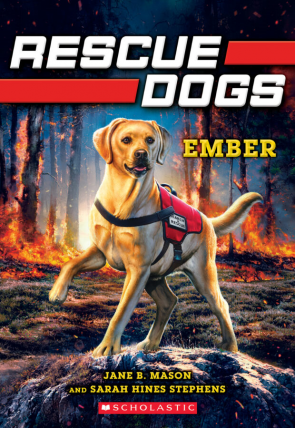 After Ember is rescued from a devastating house fire, she longs for a forever home. But every family that adopts the yellow Lab puppy brings her back, saying she is untrainable, has too much energy, or is just plain destructive. After three failed placements, young Ember is out of options. The Sterling family runs a ranch that turns rescued dogs into rescue dogs. They're willing to take a chance on the young Lab, not knowing that Ember's first rescue will test her skills and strength beyond imagination… 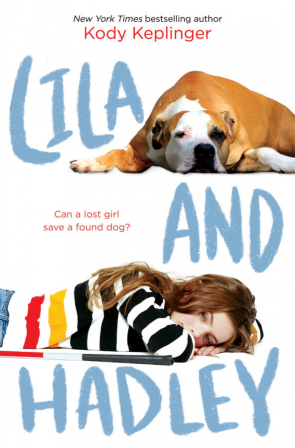 Lila and Hadley by Kody Keplinger

Hadley is angry. Her mom went to jail, she had to move to another state to live with her older sister, Beth, and she’s going blind. But when she meets Lila, an abandoned dog who shows interest in no one except Hadley, Hadley will have to learn to let go of her anger to help train Lila into an adoptable dog. 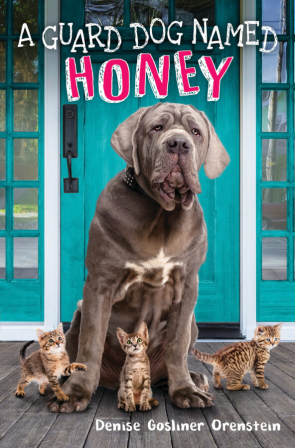 When Bean’s brother gets arrested for joyriding, Bean is determined to do whatever it takes to get raise the bail money their mom can’t afford. That’s when she meets Phoebe and her giant (and very valuable) guard dog, Honey. Bean wants to convince Phoebe to sell Honey and use some of the cash for bail, but when Honey’s sale takes a dangerous turn, Bean is torn between her desire for her brother’s freedom and her loyalty to Phoebe and Honey. 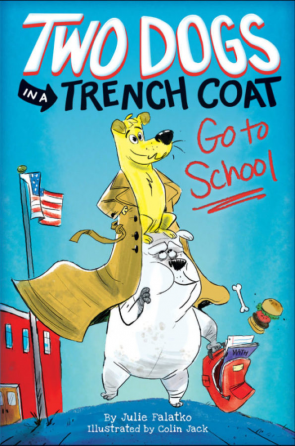 Two Dogs in a Trench Coat Go to School by Julie Falatko; Illus. By Colin Jack

Loyal pups Sassy and Waldo need to save their boy Stewart from being bored all day in class, but the school won’t let two dogs inside. Good thing they found that trench coat! Now everyone at Bea Arthur Elementary thinks they’re a new student named Salty. Well, everyone except Stewart. 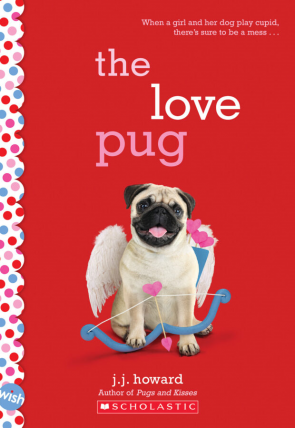 Emma's pug, Cupid, has a hidden talent: He is a master at matchmaking! Her pet seems to have a nose for spotting which two people belong together. With the big school dance coming up, Emma decides to use Cupid's powers to find her best friend, Hallie, a date. But as Emma tries to navigate crushes and secrets, she finds that things are a lot more complicated than they seem. And what if Cupid also has a surprising match in mind . . . for Emma herself? 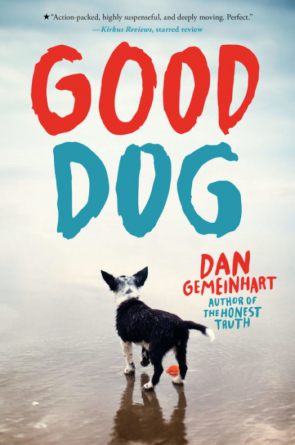 Brodie was a good dog and good dogs go to heaven. Except Brodie can’t move on. He can’t forget the boy he left behind. The boy who’s still in danger. So Brodie returns to Earth as a spirit, determined to find his boy and save him. Even if it costs him paradise. 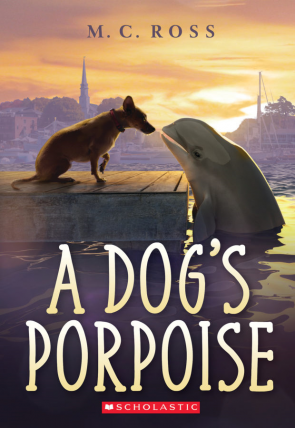 A Dog’s Porpoise by MC Ross

When a bad storm throws Bangor, a harbor porpoise, off course, he finds himself all alone in the harbor of Ogunquit, Maine. Lars, a rowdy pup, also ends up lost when he’s knocked overboard from a nearby boat. With the help of a girl named Natalie, Bangor rescues Lars, and they become fast friends. Unfortunately, not everyone in the small town approves of this unlikely friendship. 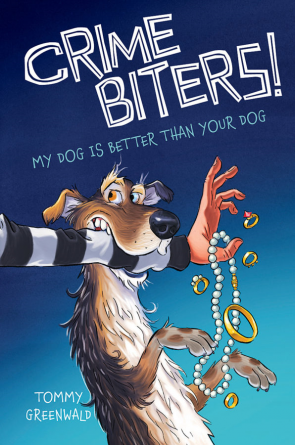 My Dog Is Better Than Your Dog by Tommy Greenwald

When Jimmy’s Dad finally allows him to get a puppy everything changes. His new dog Abby has some very unusual habits and Jimmy thinks she may be a vampire. His best friend Irwin is skeptical but when Abby uncovers a real crime in progress and helps Jimmy become friends with an actual, human girl, even Irwin has to admit that perhaps Abby has super powers after all. 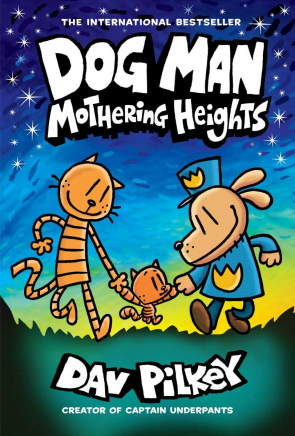 Dog Man is down on his luck, Petey confronts his not so purr-fect past, and Grampa is up to no good. The world is spinning out of control as new villains spill into town. Everything seems dark and full of despair. But hope is not lost. Can the incredible power of love save the day?