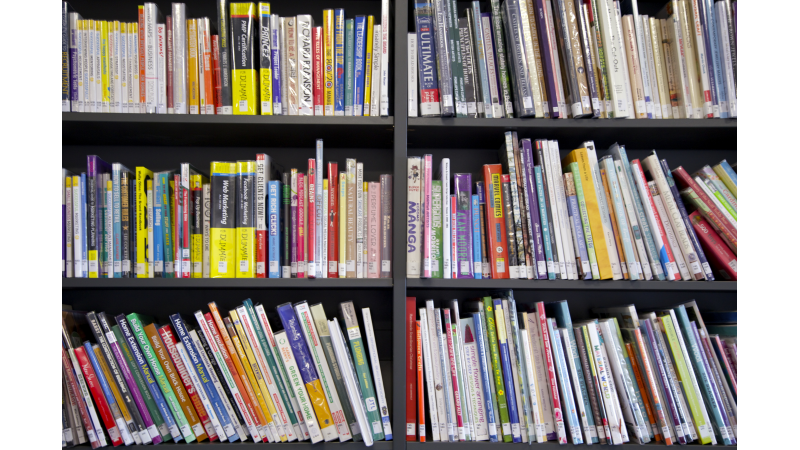 Looking back at 2015, there were so many memorable moments that reminded us of the resilience, creativity and passion that fuel libraries across the country. From James Patterson’s effort to save school libraries, to the Enoch Pratt Free Library providing refuge to the community, and even the rise of story time popularity among parents—the library world definitely made headlines this year!

Below is a roundup of some of the top library stories from across the news in 2015. This list of articles from outlets including Education Week and The New York Times reflects how librarians’ roles are shifting to meet the demands of our increasingly digital world, how libraries are transforming to break the traditional mold, and how certified school librarian staffing affects student achievement.

It’s easy to see why, here at Scholastic, we are dubbing 2015 as “year of the library.” Check out the full list of our favorite library headlines from this year, below!

In March, author James Patterson announced that he would donate an impressive $1.25 million in grants to save school libraries in 2015. Scholastic Reading Club partnered with Patterson to match each dollar with Reading Club “Bonus Points,” which teachers can use to acquire books and other materials for their classrooms, at every school that receives an award. “Applicants just have to state what they would do with the money in 200-300 words. What could be easier? I try not to be arrogant in the sense that I know what’s good for everybody else: I simply ask the question: ‘How can I help?’” explained Patterson.

It’s no secret that school librarians across the country are becoming more tech-savvy than ever before as their traditional roles shift to meet the needs of their students. At the Vancouver Public school district, librarian Mark Ray has been working tirelessly to transform the school library program by spreading awareness of libraries’ relevance—a complete rebrand and shift in thinking, from school librarians to “teacher-librarians.” Traci Chun, a Skyview High School teacher-librarian, noted, “It required the teacher-librarians to be open-minded and willing to not only shift their own thinking, but also be prepared to lead others to start thinking in new and different ways.”

This is how librarians can lead the digital transformation

It’s not easy to stay up to date with the latest digital trends and tools, especially at a time when library resources are too-often reduced or eliminated from district budgets. So the question remains: How can school libraries successfully implement new technologies while continuing to provide quality service? According to Mary Reiman, you should “pace yourself and determine what is coming off your plate.” Secondly, ask yourself, “What’s best for the kids?”

In April, protests erupted across Baltimore as a response to the funeral service for Freddie Gray. Amidst the chaos, the Enoch Pratt Free Library (EPFL) served as a safe haven. The library managed to stay open during the unrest—providing the community, reporters and school children with a safe place to recharge and convene. EPFL director of communications Roswell Encina explained, “We wanted to do that because we’re right here at this intersection where everything happened and it felt like a good gesture and a good symbol for the community. If the libraries can open their doors, it’s a good step forward.”

This year, school librarian Kristina Holzweiss of Bay Shore Middle School in Bay Shore, NY was named as the 2015 recipient of the School Library Journal School Librarian of the Year Award! Sponsored by Scholastic Library Publishing, this award honors K–12 school library professionals for outstanding achievement and the exemplary use of 21st-century tools and services to engage students toward fostering multiple literacies. Lakisha Brinson of Amqui Elementary School in Nashville, TN and Sally Smollar of Plumosa School of the Arts in Delray Beach, FL were selected as finalists.

These Public Libraries Are for Snowshoes and Ukuleles

The Sacramento Public Library in Sacramento, California is doing more than offering books for check out. With their new service called the “Library of Things,” people can use a 3-D printer or check out sewing machines, ukuleles, cameras and even board games! This trend is taking off across the country as more and more libraries reevaluate their central role in the community and the shift towards digital tools.

With educators' increased focus on early learning, story time has risen in popularity at public libraries in places across the country. In New York City, parents and their children line up down the block for the opportunity to attend first-come-first-serve story times hosted by specially trained librarians. “It is clear that reading and being exposed to books early in life are critical factors in student success. The library is playing an increasingly important role in strengthening early literacy in this city,” said Anthony W. Marx, president of the New York Public Library.“

Image via National Assembly for Wales