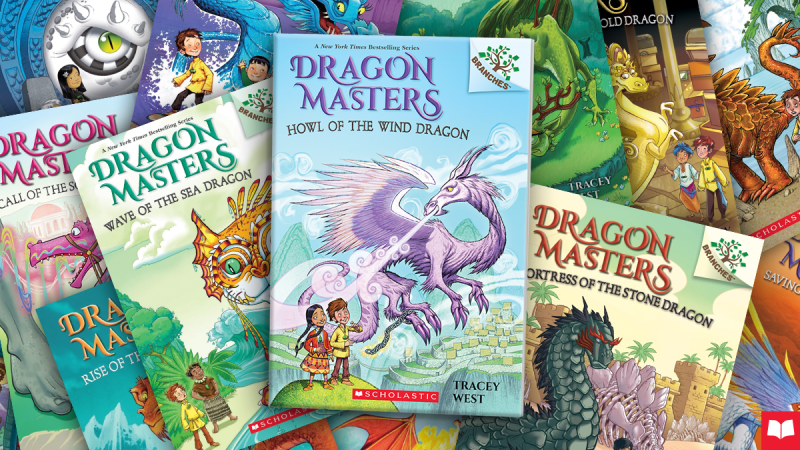 20 Things You Didn't Know About Dragon Masters by Tracey West

This early chapter book series for Scholastic Branches has it all: magic, a king, a wizard, and lots and lots of dragons! To celebrate the publication of Dragon Masters #20: Howl of the Wind Dragon (out 11/2), Tracey joins us on OOM with 20 things you didn't know about Dragon Masters. 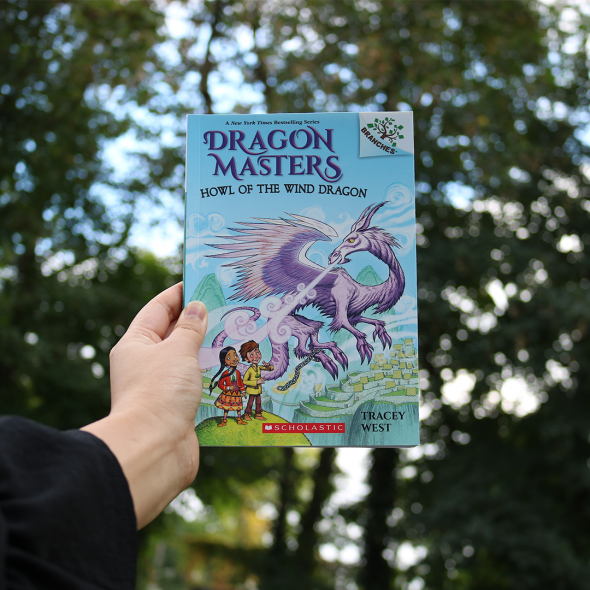 When I had to come up with the name for my main character, a boy who is chosen by a magical stone to connect with a dragon, I chose Drake. It is from the Olde English and means “dragon” or “snake.”

2. Many of the dragons’ names have special meanings, too.

The Fire Dragon, for example, is named Vulcan after the Roman god of fire. The Silver Dragon’s name is Argent, which means silver in French.

3. Worm is my favorite dragon.

I like Worm the Earth Dragon because of how calm and quiet he is, yet still very powerful. And the way illustrator Graham Howells designed him is just perfect. I love his face!

4. Kepri the Sun Dragon’s twin was almost a Star Dragon.

Katie Carella (my editor) and I debated about whether the twin of a Sun Dragon would be a Moon Dragon or a Star Dragon. The Moon Dragon, Wati, won out.

5. I use different methods to come up with the dragon types.

Some of the dragon types in the series—such as Water Dragons and Fire Dragons—can be found in mythology. Others—such as the Time Dragon and the Lava Dragon—were created by asking myself the question: “What kind of cool powers could a new dragon have?”

6. I give the Dragon Masters personalities to match their dragons.

Ana is bright and happy, like her Sun Dragon. Rori is impulsive and gets angry easily, like her Fire Dragon. (Based on your personality, what kind of dragon would you have?) 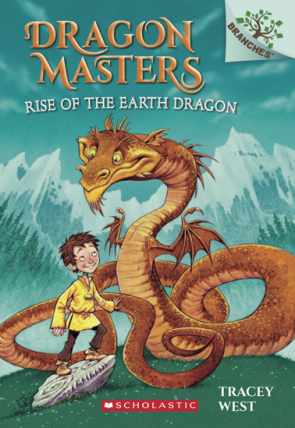 7. The world of the Dragon Masters is a fantasy version of Earth in the middle ages, around the year 1200.

The Dragon Masters world is a fantasy version of our world, but I try to imagine that some of the basic details, such as buildings and clothing, might be the same. Sometimes I get help from experts who work at universities.

8. Worm is not the most powerful dragon in Dragon Masters.

Worm is very powerful, but the Naga is a lot bigger and a lot more powerful. It’s a good thing it sleeps in the center of the Earth! And who knows—the Dragon Masters might meet a dragon even more powerful than the Earthquake Dragon in the future.

In my original first draft, Griffith is called Norbert all the way through.  I chose Norbert because it means “shining one from the north,” but it was decided that it was a challenging name for kids to read aloud, so I went with Griffith, which means “strong leader.”

I don’t look like Petra, but I know, like her, that I would be afraid to be chosen as a Dragon Master, too. We also both love books, are vegetarians, and sometimes act like we know all the answers. 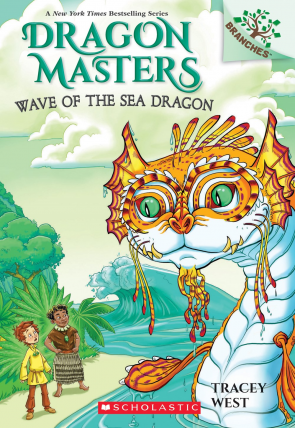 Drake is an onion farmer, a fact that a lot of readers seem to really like. When I expanded my garden, I started growing onions so I could step into Drake’s medieval shoes for a bit. I guess they call that method writing?

12. I write five or six drafts of every book.

The writing process is a back-and-forth with my editor, Katie Carella. It takes several revisions for me to get the logic of the plot just right and make sure each new book is consistent with the others.

13. It wasn’t easy figuring out the dragons’ size and weight for the full-color guidebook, Griffith’s Guide for Dragon Masters.

First I measured all of the dragons compared to their Dragon Masters in the art and used that to calculate their height and length. For the weight, I looked up creatures of similar sizes, such as giraffes, elephants, and dinosaurs. Some of the dragons are probably too heavy for flight, but they get a boost from dragon powers!

14. Most of the books have “deleted scenes.”

It’s important for this reading level that every Dragon Masters book is under 6,000 words. Sometimes I’ll write as many as 1,000 words too many on my first draft. For example, in Dragon Masters 3: Secret of the Water Dragon, I had wanted readers to meet Bo’s family, but there wasn’t room. That’s one reason we get to meet the Dragon Masters’ families in the guidebook.

15. There will never be a five-headed dragon in Dragon Masters.

When I created the four-headed hydra, Zera, I didn’t think about what it would mean for an illustrator to draw four dragon heads over and over again. Illustrator Damien Jones was a trooper about it, but I promised never to create a multi-headed dragon again. 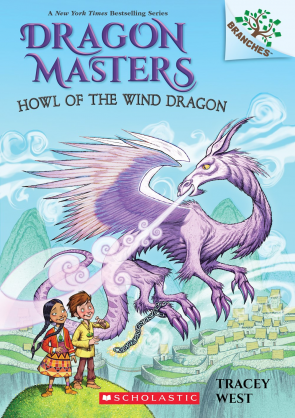 16. All of Worm, Kepri, Shu, and Vulcan’s dragon powers haven’t been revealed yet.

As the Dragon Masters work with their dragons, they will discover new powers that their dragons have. Look for surprises from the book’s four original dragons: Worm, Kepri, Shu, and Vulcan.

17. Sometimes there are “Easter eggs” in Dragon Masters.

In Dragon Masters 14: Land of the Spring Dragon, Drake and Worm travel to a world inhabited by fairies. One of the creatures they encounter, Hinky Pink, first appeared in my book series Pixie Tricks. (Have you read book #1 in that series yet? It’s called Sprite’s Secret. Check it out!)

Emily Ellett, the wonderful narrator of the Dragon Masters audiobooks, once challenged me to try to roar like a dragon. I tried my best, but I sounded more like a strange cat. It’s a good thing she’s so great at it!

19. My readers are always asking me to make an Ultimate Dragon with all of the dragon powers.

I think that would be a very cool dragon indeed, but if I wrote that book, what else would be left to write about?

20. I have a notebook full of dragon ideas.

Tracey West has written more than 300 books for children and young adults, including the New York Times bestselling Dragon Masters series, the Pixie Tricks series, and the Hiro's Quest series. She has also appeared on the New York Times bestseller list as author of the Pokémon chapter book adaptations. Tracey lives with her family in New York State's western Catskills. She can be found on Twitter and Instagram at @TraceyWestBooks and on Facebook at @AuthorTraceyWest.

Pre-order your copy of Howl of the Wind Dragon (Dragon Masters #20) today!