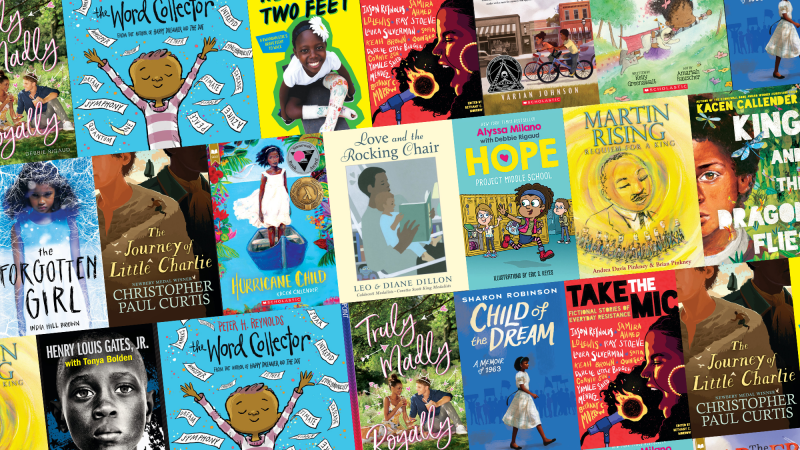 14 Books to Read During Black History Month and Beyond

In honor of Black History Month, we’re celebrating some of our favorite books that celebrate the African-American experience as well as honor those who made their mark on history. With imagination and power, the award-winning Pinkney duo celebrates MLK's nonviolent struggle for civil rights — as he transforms America through the spirit of love. In this extraordinary new tale from Peter H. Reynolds, Jerome discovers the magic of the words all around him — short and sweet words, two-syllable treats, and multisyllable words that sound like little songs. Words that connect, transform, and empower. Love and the Rocking Chair by Leo & Diane Dillon

Simple words and colorful paintings tell the warm, engaging story of new parents who buy a rocking chair when they are expecting a baby. Bright, sunny illustrations show the precious intimacy between parents and their children; the new mother glows with affection, and the new father reads aloud to their young son.

Time passes, and the boy grows up; the beloved rocker is moved to the attic and gathers dust. But when the boy becomes a man, the cycle begins anew. He and his wife have a baby girl, and the rocking chair is needed again. I Am a Super Girl!: An Acorn Book (Princess Truly #1) by Kelly Greenawalt; Illustrated by Amariah Rauscher

Meet Princess Truly! With the help of her rocket boots and her magical, sparkly curls, she becomes a super girl and uses her smarts and strength to save the day. But when her friend Lizzie has a rescue mission of her own, Lizzie doesn't feel so super. Can Truly help her friend believe in herself and find her confidence? The Journey of Little Charlie by Christopher Paul Curtis

Twelve-year-old Charlie is down on his luck: His dad just died, the share crops are dry, and Cap'n Buck, the most fearsome man in Possum Moan, South Carolina, has come to collect a debt. Fearing for his life, Charlie strikes a deal with Cap'n Buck and agrees to track down some folks accused of stealing from the Cap'n and his boss. It's not too bad of a bargain for Charlie, until he comes face-to-face with the fugitives and discovers their true identities. Torn between his guilty conscience and his survival instinct, Charlie needs to figure out his next move, and soon. It's only a matter of time before Cap'n Buck catches on. As the daughter of Jackie Robinson, Sharon had incredible access to some of the most important events of the era, including her family hosting several fundraisers for Martin Luther King Jr. at their home in Connecticut, other civil rights heroes of the day calling Jackie Robinson for advice and support, and even attending the March on Washington for Freedom and Jobs.

But Sharon was also dealing with her own personal problems, like going through puberty, being one of the only black children in her wealthy Connecticut neighborhood, and figuring out her own role in the fight for equality. This memoir follows Sharon as she goes through that incredible year of her life. Her Own Two Feet: A Rwandan Girl’s Brave Fight to Walk by Meredith Davis and Rebeka Uwitonze

Rebeka Uwitonze was born in Rwanda with curled and twisted feet, which meant she had to crawl or be carried to get around. At nine years old, she gets an offer that could change her life. A doctor in the US might be able to turn her feet. But it means leaving her own family behind and going to America on her own. This is a story about America during and after Reconstruction, one of history's most pivotal and misunderstood chapters. In a stirring account of emancipation, the struggle for citizenship and national reunion, and the advent of racial segregation, the renowned Harvard scholar delivers a book that is illuminating and timely.

Real-life accounts drive the narrative, spanning the half century between the Civil War and 'Birth of a Nation'. Here, you will come face-to-face with the people and events of Reconstruction's noble democratic experiment, its tragic undermining, and the drawing of a new "color line" in the long Jim Crow era that followed. In introducing young readers to them, and to the resiliency of the African American people at times of progress and betrayal, Professor Gates shares a history that remains vitally relevant today. On November 14, 1960, a tiny six-year-old black child, surrounded by federal marshals, walked through a mob of screaming segregationists and into her school. From where she sat in the office, Ruby Bridges could see parents marching through the halls and taking their children out of classrooms. The next day, Ruby walked through the angry mob once again and into a school where she saw no other students. The white children did not go to school that day, and they wouldn't go to school for many days to come. Surrounded by racial turmoil, Ruby, the only student in a classroom with one wonderful teacher, learned to read and add. Zora Emerson is not here to play. She's enrolled in a prestigious summer program, and is ready to use what she's learning to change the world (or at least her corner of New Jersey, for now). Zora's not expecting to vibe with any of her super-privileged classmates. So she's shocked to find she's got chemistry with Owen Whittelsey, who is charming, funny, undeniably cute...and turns out to literally be a prince. As in, his parents are the king and queen of a small European country. What?

Suddenly, Zora's summer is looking a lot more complicated -- especially when Owen asks her to be his date at his older brother's wedding. Can her feelings for Owen, not to mention her sense of self, survive the royal chaos? This anthology features fictional stories — in poems, prose, and art — that reflect a slice of the varied and limitless ways that readers like you resist every day. 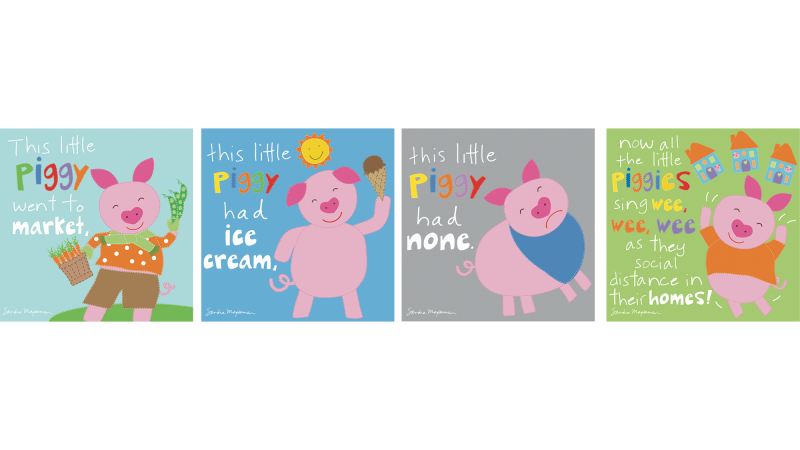