As 2020 comes to a close, the editors of Scholastic Classroom Magazines are highlighting some of the most inspirational students they’ve interviewed this past year. These 12 amazing and fearless kids have taken on this challenging year and made a major difference in their communities, inspiring their peers and us along the way!

Check out our list of 12 of the most inspirational kids we met in 2020, as well as the causes they’ve championed, below. To learn more, read their stories, which were featured in Scholastic Classroom Magazines.

Changing the world, one crayon at a time — Bellen Woodard, 9

When Bellen was in third grade, a classmate asked her a question she’d heard many times before: “Would you please pass the skin-colored crayon?” Bellen handed her classmate the peach colored crayon, but, this time Bellen was bothered. She was the only Black girl in her grade, and while the peach crayon matched most of the other kids’ skin colors, it did not match her own. In 2019, Bellen launched the More Than Peach Project which donates packs of crayons in diverse, inclusive skin tones for students to draw with. She also created her very own line of More than Peach™️ multicultural and rainbow crayons, colored pencils, and more! Since the start of her initiative, Bellen has donated about 4,000 packs to schools across the country. Read the full article in Scholastic News Edition 4, here.

Teens around the world are using their problem solving skills to support frontline workers during the Covid-19 pandemic. In Massachusetts, Harrison and his twin sister Emily built ear savers, a material to make wearing personal protective equipment (PPE) for long periods of time more comfortable, using a 3D printer. They have created more than 500 ear savers to distribute to healthcare workers who have been saving lives. In Michigan, Brady began 3D printing visors for face shields after his mom showed him an article about people printing PPE at home to help their communities. In British Columbia, Quinn began making ear savers, and received many requests for help after his mom shared a photo of him 3D printing on social media. Now, Quinn has produced more than 2,000 ear savers. Read the full article in Science World, here.

Tokata Iron Eyes grew up with the Missouri River, but in the spring of 2016, she discovered there were plans to build an oil pipeline under the water called the Dakota Access Pipeline. Its route ran just half a mile from Tokata’s home on the Standing Rock Reservation. If built, it would cross land that Tokata’s tribe—the Sioux Nation—consider sacred. The project was also a danger to her community’s water supply. Tokata became a leader in the fight against the pipeline by creating a video that inspired thousands of people to come to the area to protest. “It was a fight for rights,” Tokata says. “It was a fight to protect my heritage and my way of being.” Read the full article in Scholastic Action, here.

Ethan has a disease called muscular dystrophy, and to help him cope with tough days, Ethan and his family know the power of a good joke. In the wake of the Covid-19 pandemic, Ethan wanted to find a way to help people smile while they were forced to be apart from loved ones. Ethan started “Joke of the Day,” where he would record himself telling a joke and share the video on social media with the help of the Muscular Dystrophy Association. People all over the world smile because of Ethan’s jokes! Read the full article in Scholastic News Edition 3, here.

Brianna is working to make sure LGBTQ students have a supportive community at school. After being bullied and ostracized because of being gay, Brianna knew how important it was to be true to herself. To make sure all students feel welcome at school, she advocated to bring the Gender and Sexuality Alliance (GSA) back to her high school in New Jersey. Today, Brianna is president of her school’s GSA, which has about 20 members. She also advocates for acceptance nationwide as a member of the student council for the Gay, Lesbian, and Straight Education Network (GLSEN). Read the full article in Scholastic Choices, here.

Crocheting for a cause — Jonah Larson, 12

After becoming “hooked” on crocheting at age five, Jonah has grown his hobby into a business called Jonah’s Hands. He runs his own YouTube channel with video tutorials and he also sells t-shirts, pattern books and his crocheted creations. Jonah also gives back to support the village where his parents adopted him from in Ethiopia. Through the organization Roots Ethiopia, Jonah has funded the construction of a library and science lab. Next, he plans to move on to funding outdoor athletic equipment. Read the full article in Dynamath, here.

After visiting an orphanage, Sidharth and his brother Rohit wanted to share their interest in science and engineering with the kids there, but they realized there weren’t any low cost tools to do so. The brothers were inspired to create Trashbots, a programming platform and kit that teaches kids how to make robots with household materials. The brothers continue to work on the kits, and they now even provide a curriculum for K–12 students. Read the full article in MATH, here.

Knowing that many insects are threatened by habitat destruction, Duncan launched the Bring Butterflies Back initiative to educate thousands of students and to create a vivarium at his school in Florida. So far, the garden has attracted 28 butterfly species, including two that are imperiled. Duncan participated in a Q&A with our editors to explain what drew him to this cause and how other kids can get involved. Read the full article in Upfront, here. 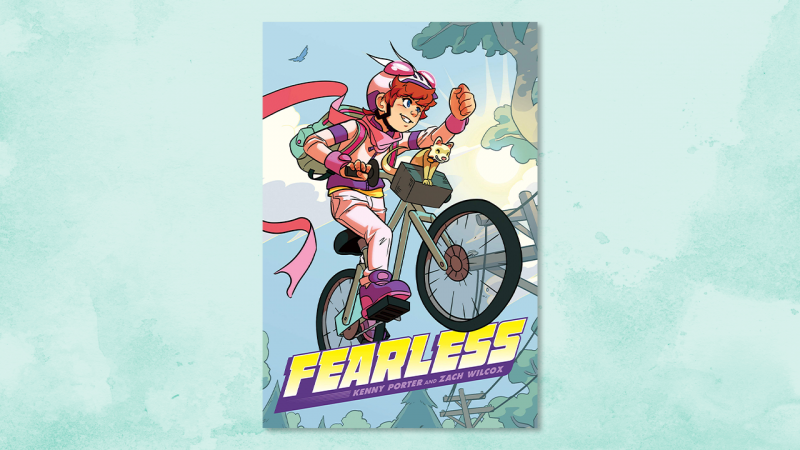