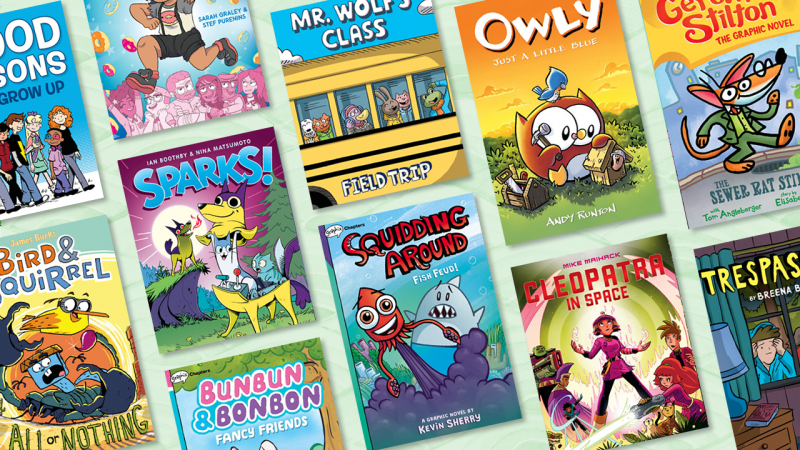 12 Graphic Novels You May Have Missed Last Year

A lot happened last year, including the publication of some incredible new graphic novels! In case you missed them, we wanted to share some books you should absolutely add to your to be read pile this year. Check them out below! 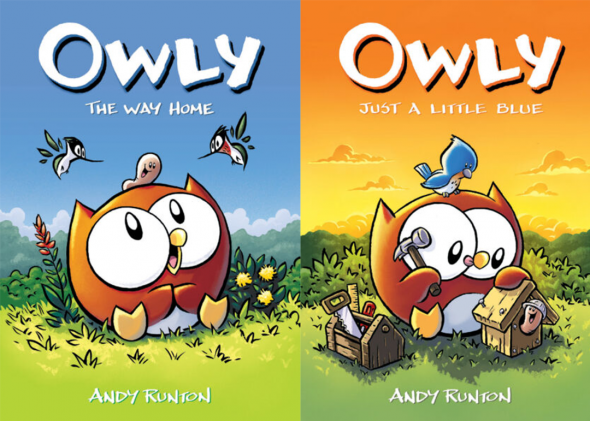 The series is about the adventures of a gentle owl named Owly who resolves to do good and make friends in his world with the help of his good companions, the clever worm, Wormy, and Scampy, the gluttonous but good hearted chipmunk. While he faces obstacles in the pursuit of that goal, his faith in the goodness in the world is never disappointed.

Bird & Squirrel: All or Nothing by James Burks 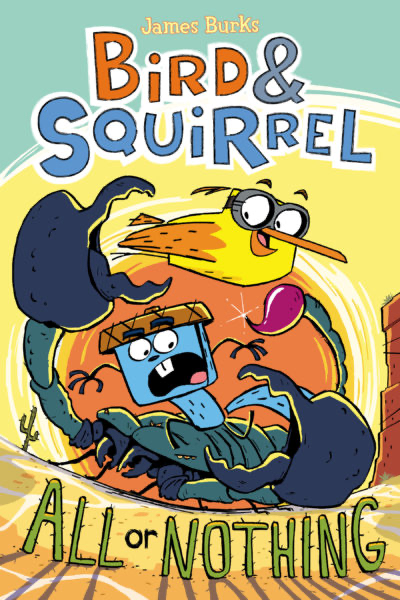 The dangerous Horned Toad 500 cross-country race is coming up and Bird's father has always won it. But when his dad gets injured, Bird reluctantly joins the race to save the family honor. While dealing with the scorching desert heat and dirty tricks from another team, Bird and Squirrel are put to the ultimate test of endurance and sportsmanship. Along the way, the duo learns that, win or lose, having good friends and family will always get you to the finish line. 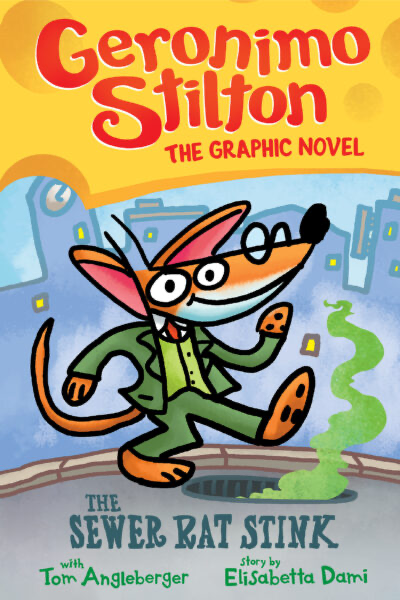 A stinky smell is taking over New Mouse City! No mouse can live like this! Geronimo and his best friend Hercule, the private detective, head underground into the sewer world of Mouse Island to investigate. Can they save the city from the stench? 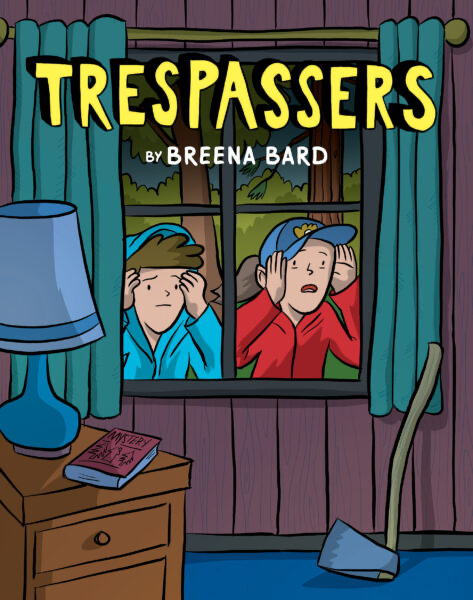 Thirteen-year-old Gabby Woods is looking forward to another summer vacation at her family's lake house, even though she would rather bury herself in a mystery novel than make new friends. But soon Gabby befriends Paige, a snarky kid from Chicago, and they get caught up in a local mystery: the sudden disappearance of a glamorous couple and the extravagant lake house they left behind. To gather clues about the missing couple, Paige coaxes Gabby into trespassing, even though she knows it's wrong. Yet, each sneaky visit to the abandoned lake house uncovers new mysteries. With suspicions mounting about foul play, Gabby must decide what she's willing to risk to uncover the truth, or if solving this mystery — and keeping her friendship with Paige — are more trouble than they're worth. 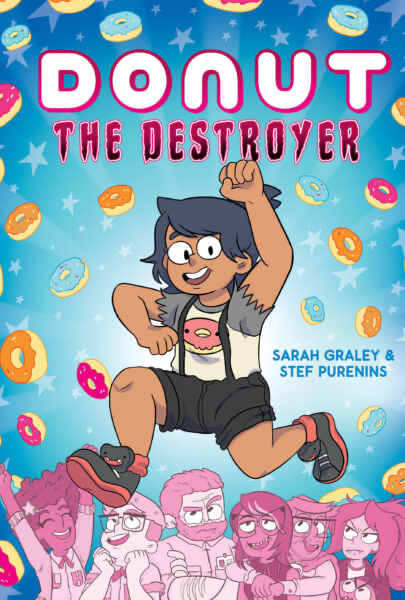 Donut (middle name: The; last name: Destroyer) has a heart of gold and incredible strength. She lives in a world where everyone is born with a special ability and can choose whether to develop it for good or evil. Donut has just received the best news of her life — she's been accepted to Lionheart School for Heroes! But her parents are the most infamous villains around, and her best friend, Ivy, can't understand why Donut would choose a life of boring heroism and ruin their plans to cause chaos. Donut is determined to prove that, despite her last name, she's meant to go her own way and be a hero. Meanwhile, Ivy cooks up a plan to get Donut kicked out of Lionheart — and back on track to villainy! 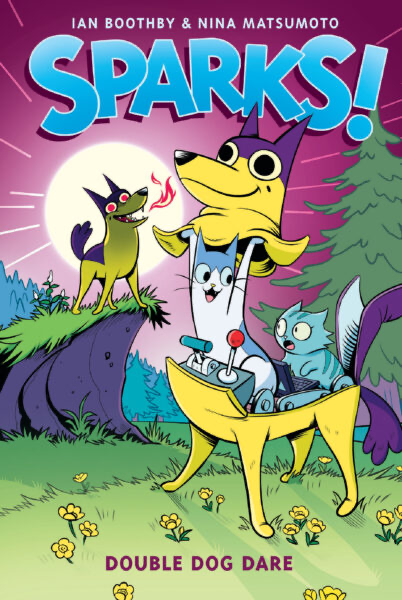 Charlie and August, the two cats that control the mechanical superhero dog, Sparks, are keeping the city safe. But when a second, evil Sparks shows up and starts causing trouble around town, everybody blames the real Sparks. Determined to prove that Sparks is still the hero everyone can count on, Charlie and August set out to uncover the shocking truth about who is responsible for all the chaos.

Cleopatra in Space: Queen of the Nile by Mike Maihack 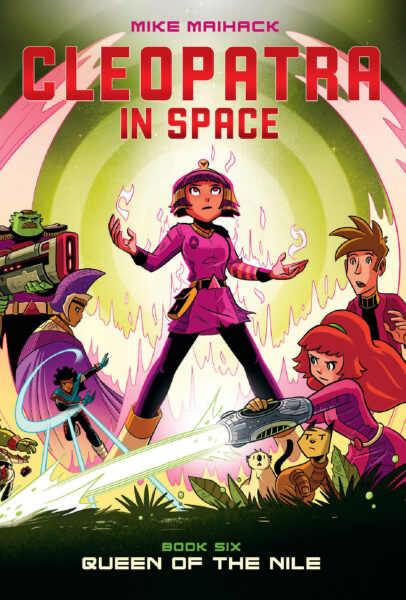 The time has come for Cleo to fulfill the ancient prophecy that declares her a savior and a hero, a prophecy she still struggles to accept. Cleo is joined by both old and new friends as they fight to defend the galaxy she's come to call home against the evil Xaius Octavian. The Queen of the Nile must summon the strength to face down her enemy one last time, and keep her friends — and herself — alive. 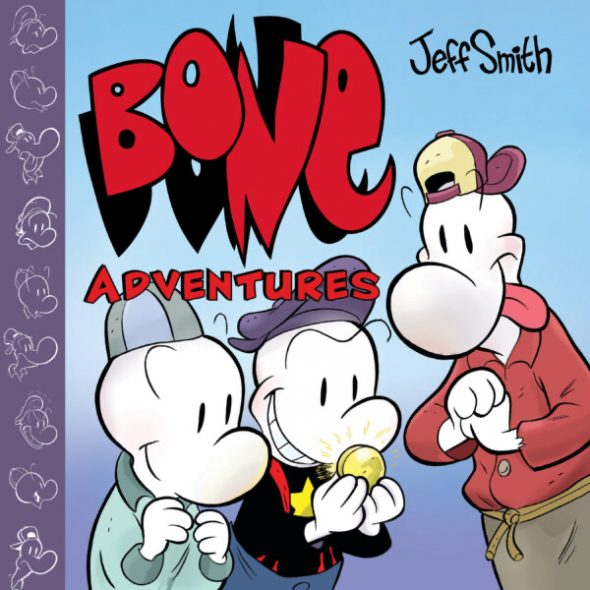 In Finders Keepers, the Bone cousins find a coin — finders keepers! — but the boys can't agree on how to spend it. Fone Bone wants an apple and bananas they can share. Smiley Bone wants an ice cream cone with a pickle on top. And Phoney Bone wants to build a giant statue… of himself! Whose idea will win out?

In Smiley's Dream Book, Smiley Bone walks through the woods on a beautiful morning. During his journey, he meets a flock of friendly and playful birds. Smiley is having such a good time that he must find a fantastical way to keep up with his new friends as they soar into the big, blue sky. 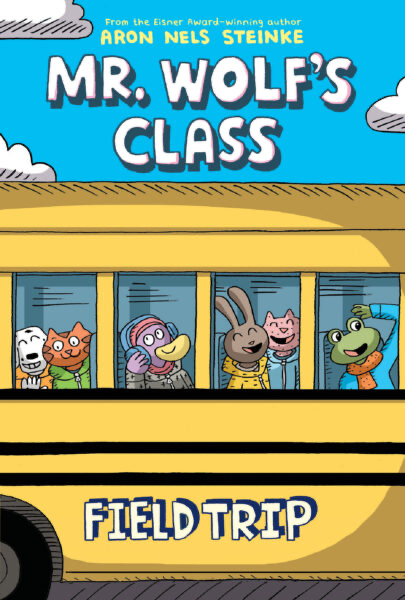 Mr. Wolf's students are going on a field trip! Everyone gets to sleep in log cabins, come up with fun camp names, and journey through the great woods. They'll be learning about the oldest and largest trees in the forest, exploring an abandoned ghost town, and toasting s'mores over a campfire. On top of all that, there are kids from a different school to meet!

Meanwhile, Aziza and Randy must learn how to work through an argument, and Abdi is worried that he can't keep up with Henry and his new friends.

There's much to do, see, and learn in the outdoors! 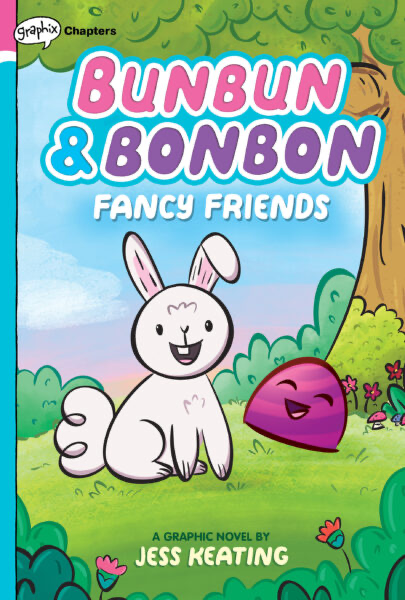 Bunbun has it all: a delightful Bunbun nose, a winning Bunbun smile, a ridiculously cute Bunbun tail, and not one, but two adorable Bunbun ears. But Bunbun doesn't have a friend — until Bunbun meets Bonbon. Learning how to be fancy and eating donuts for lunch are two of the duo's many adventures in this irresistible young graphic novel by acclaimed author and illustrator Jess Keating. Hop hop hooray! 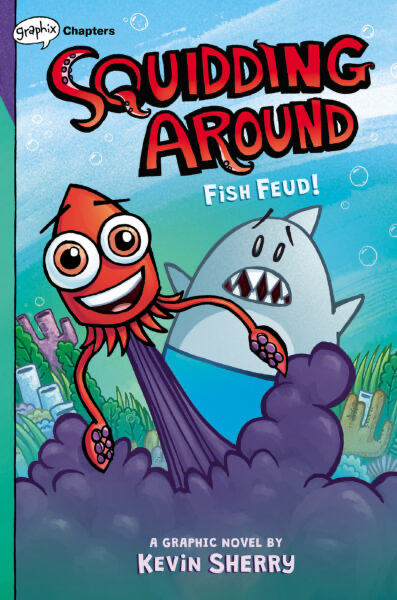 7 Good Reasons Not to Grow Up by Jimmy Gownley 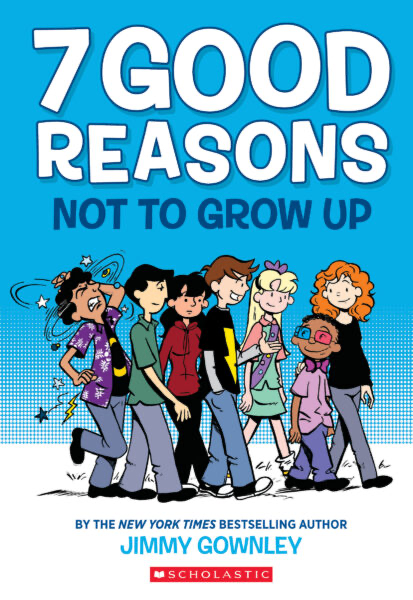 To the students at exclusive Greycliff Academy, Kirby seems to have it all: charm, brains, and a lucky streak that won't quit. He's also the notorious mastermind behind the snarky videos, "7 Good Reasons Not to Grow Up," which expose how being an adult isn't all it's cracked up to be. Why would any kid want to become one of them?←
But there's also a mystery about Kirby. And when his best friend, Raja, finds out that Kirby isn't the person he's pretending to be, Kirby, Raja, and their friends may be forced to grow up sooner than they think and face the world head-on.