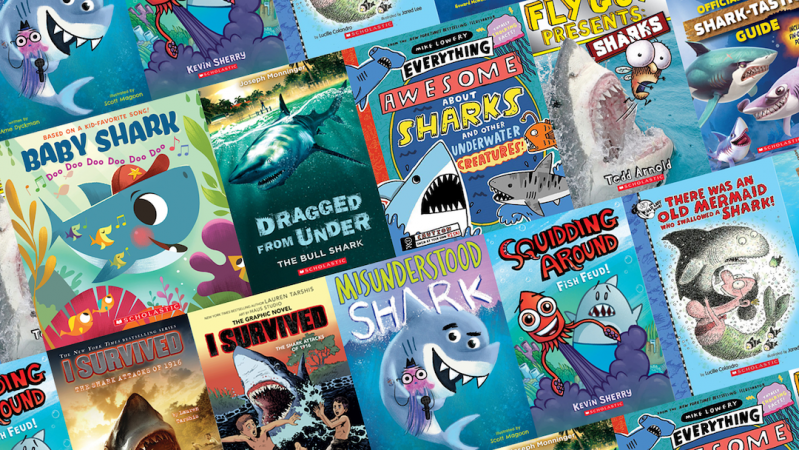 12 Books to Read During Shark Week

Shark Week is here! We're so excited to learn more about sharks this week and wanted to join in on the fun by sharing some of our favorite books about sharks. Check them out below!

Everything Awesome About Sharks and Other Underwater Creatures by Mike Lowery 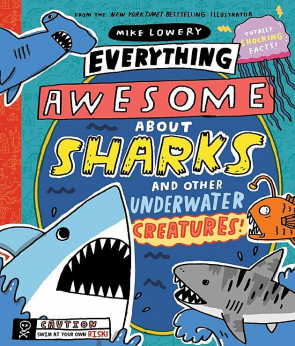 Uncover a wealth of weird, wacky, and wild facts about sharks and underwater creatures, told in Mike Lowery's signature, acclaimed comic style with bright and energetic artwork, fresh framing devices, and hilarious jokes. This is the go-to book for shark enthusiasts that kids will put in their backpacks and obsess over, bridging the gap between encyclopedic nonfiction content and lighter picture book fare, filling the need with a one-stop shop for the legions of 7-10 year olds who want to know absolutely everything there is to know about underwater creatures. 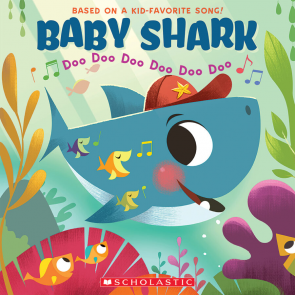 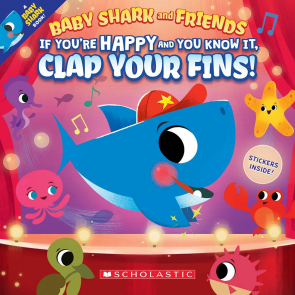 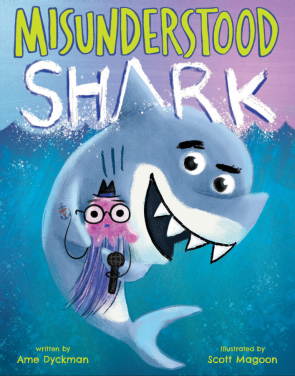 The filming of an underwater TV show goes awry when the crew gets interrupted by a... SHARRRK! Poor Shark, he wasn't trying to scare them, he's just misunderstood! Then he's accused of trying to eat a fish. Will Shark ever catch a break? After all, he wasn't going to eat the fish, he was just showing it his new tooth! Or was he?

What If You Could Sniff Like a Shark? by Sandra Markle; Illus. by Howard McWilliam 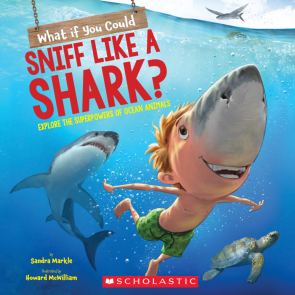 What if you woke up one morning, and you suddenly had the superpower of an ocean animal? If you could shapeshift like a giant Pacific octopus, you could squeeze through even the smallest gaps. If you could snap your claws like a coconut crab, you could slice through sheets of metal. And if you could sniff like a great white shark, you'd be able to smell treats from miles away!

There Was an Old Mermaid Who Swallowed a Shark by Lucille Colandro; Illus. by Jared Lee 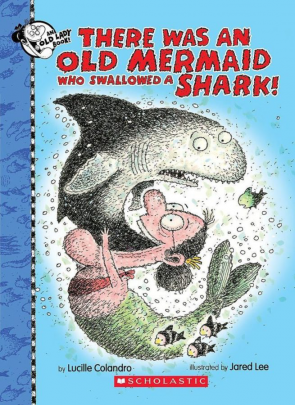 The Old Lady turns into an Old Mermaid, travels down into the ocean, and swallows a shark… and a squid, and a fish, and an eel, and a crab, and a sea star, and a clam… Why? Well, it was fun to cram her mouth with a clam! Two new characters lead the reader through this hilarious adventure while exchanging some awesome facts about the creatures down under for a light take on nonfiction that's perfect for this age. 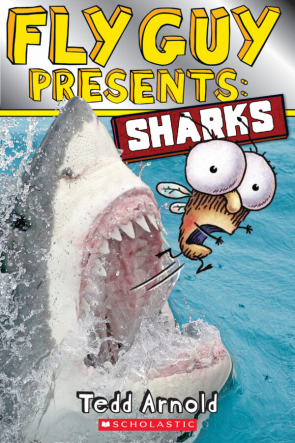 This engaging reader combines the kid-friendly humor of Fly Guy with the high-interest topic of sharks! Fly Guy and Buzz introduce young readers to these fascinating creatures with straightforward fun facts, humorous asides, and full-bleed photographs throughout.

I Survived the Shark Attacks of 1916 by Lauren Tarshis; Art by Haus Studio 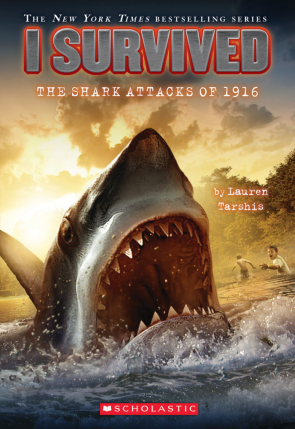 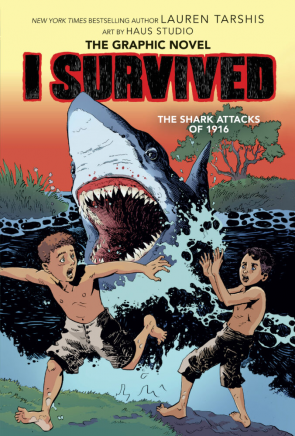 Chet Roscow is finally feeling at home in Elm Hills, New Jersey. He has a job with his uncle Jerry at the local diner, three great friends, and the perfect summertime destination: cool, refreshing Matawan Creek. But Chet's summer is interrupted by shocking news. A great white shark has been attacking swimmers along the Jersey shore, not far from Elm Hills.

Available in chapter book format and as a thrilling graphic novel! 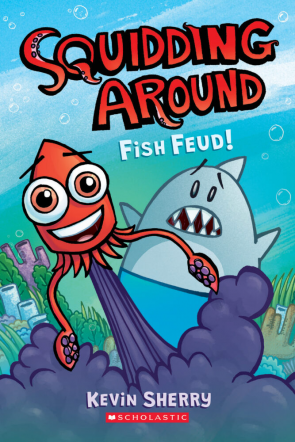 Dragged from Under #1: The Bull Shark by Joseph Monninger 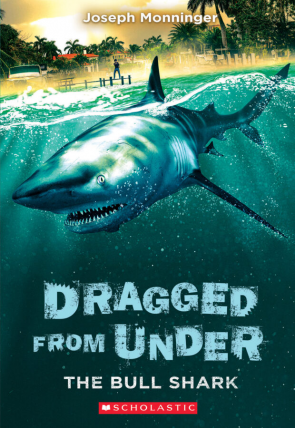 Barn Whimbril is a shark-obsessed sixth grader living in Florida. When a deadly shark attack happens in a canal near his home, he heads off to the scene. As he tries to figure out what has caused these bull sharks to become more aggressive, Barn will face several hazards both in and out of the water.

Twelve-year-old Adrianna Villalobos and her older brother Feye travel the globe with their parents, the hosts of a suspenseful nature show called "Wild Survival!" The show features daring animal rescues and the work the family does at their animal sanctuary.

This time the family is off to Sri Lanka. They’ve heard a rumor that an extremely rare Pondicherry shark might have been sighted. Once they arrive, Adrianna, Feye, and their parents discover the rumored Pondicherry shark is the main attraction in a restaurant aquarium. Is this shark really the one they’re looking for? And if it is, can they convince the restaurant’s owners to release it back in the wild?

Packed with animal facts and illustrations, as well as non-fiction backmatter, Wild Survival is a compelling series for anyone fascinated by the natural world. 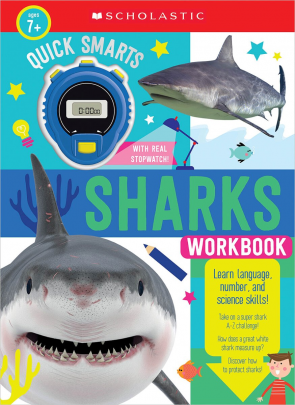 Help your child master school skills and build confidence all while learning about a favorite topic -- sharks! Filled with amazing facts, exciting fill-ins, and quick quizzes, this full-color workbook provides children with engaging activities to extend classroom learning and have fun.

Scholastic Early Learners is a dedicated learning program that builds school skills from infancy through third grade. Created by experts and focused on reinforcing curriculum topics and current academic guidelines with kid-friendly activities, this educational line is the best partner in your child's learning journey. 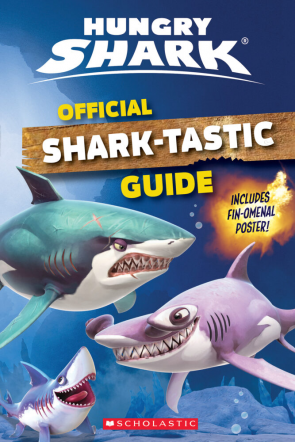 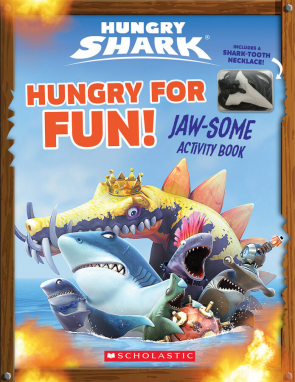 Continue the fun of the Hungry Shark video games with the official guide and activity book! The guide features exclusive info about fearsome fish like Tiger Shark and Great White and the activity book includes puzzles, drawings, jokes, and more! 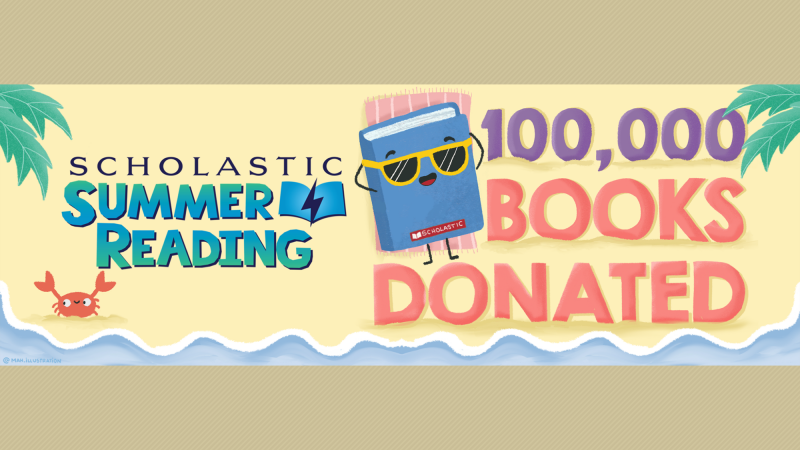 Kids Unlock a Donation of 100,000 Books in the Scholastic Summer Reading Program! 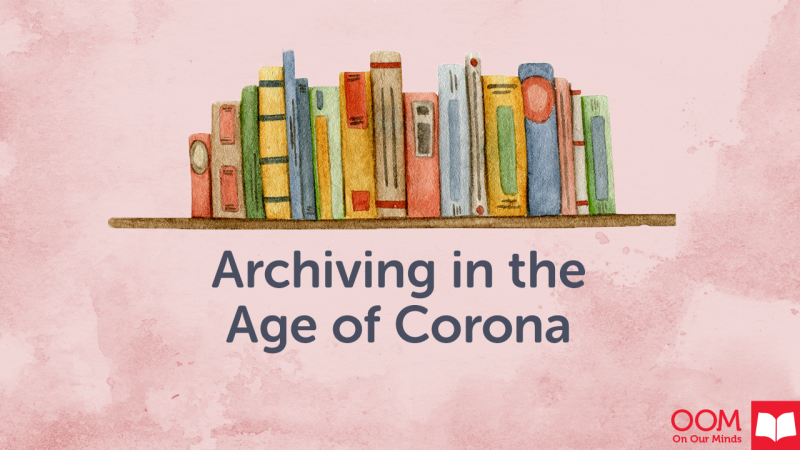 Archiving in the Age of Corona 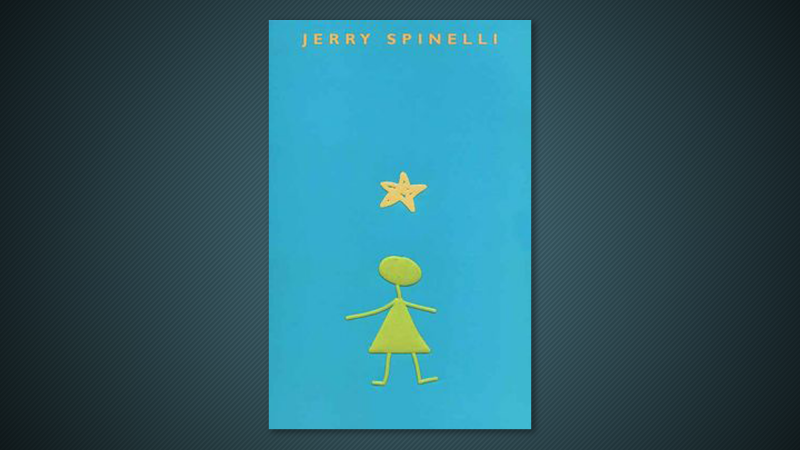 My Bookprint: Books as Role Models